Request a consultation
Life at Alcidion

Around the offices: How we are working amid COVID-19 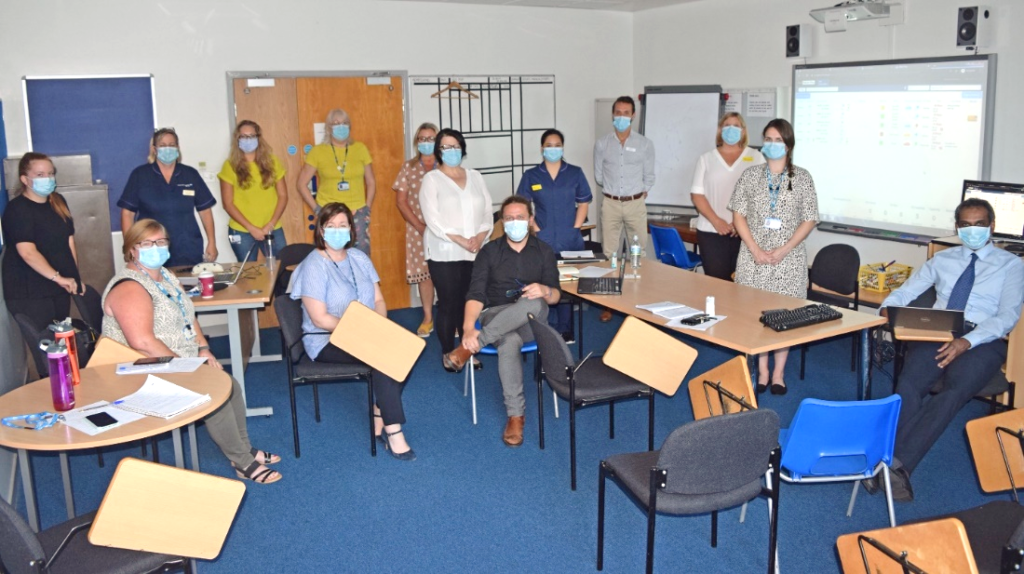 We asked some of our team members in our offices across Australia, New Zealand and the UK to share their experiences on working remotely amid the COVID-19 pandemic and how they are finding new ways to support customers and stay connected with each other. Here is what they shared:

we moved to implement our COVID-19 response plan quite early to align with our health service partners’ circumstances.

Other businesses in our location were amazed at how quickly we closed down the office.  However, within a few weeks I think everyone realised the significance and severity of the situation and followed suit by late March.

Our initial transition from being office-based in Brisbane to working from home was a relatively easy one that was greatly supported by our management teams. We were kept informed about the COVID-19 response plan and scenarios and were continuously updated during weekly conference calls with any new information.

Like most people, our days became a series of screen meetings punctuated by breaks of focused work. The previous commute to the office instantly evaporated. We were encouraged to include some daily meditation into our morning routine (with some being better at this than others!). Sitting in front of our computer screens with a beverage became a scheduled 30-minute work activity each Friday. This was supported by a mantra to avoid work conversations during this short window of time and just chat to each other about other things. Ironically, the time was often filled with other COVID-19 related conversation, but the intention was positive and supportive.

During the few months that ensued, there was something about the lockdown that made working from home more attractive, and possibly even more relaxing, than other parts of our lives. We were able to focus on our work in our home office and didn’t have to worry about standing too close to another person or whether the person that touched that object 10 minutes before you had washed their hands properly or whatever other crazy thoughts enveloped us as we started to revisit public spaces.

Given the low number of new virus cases in Queensland, in July we returned to the office for a few days per week. We appreciate that this is in stark contrast to the situation in other States and Territories, and we empathise with our colleagues, customers and fellow Australians who are having to make daily sacrifices to reduce the spread of the virus to others.

We’ve even started having face to face meetings again, which at first was a strange experience, but we realised how much we missed the in-person interactions and connections. 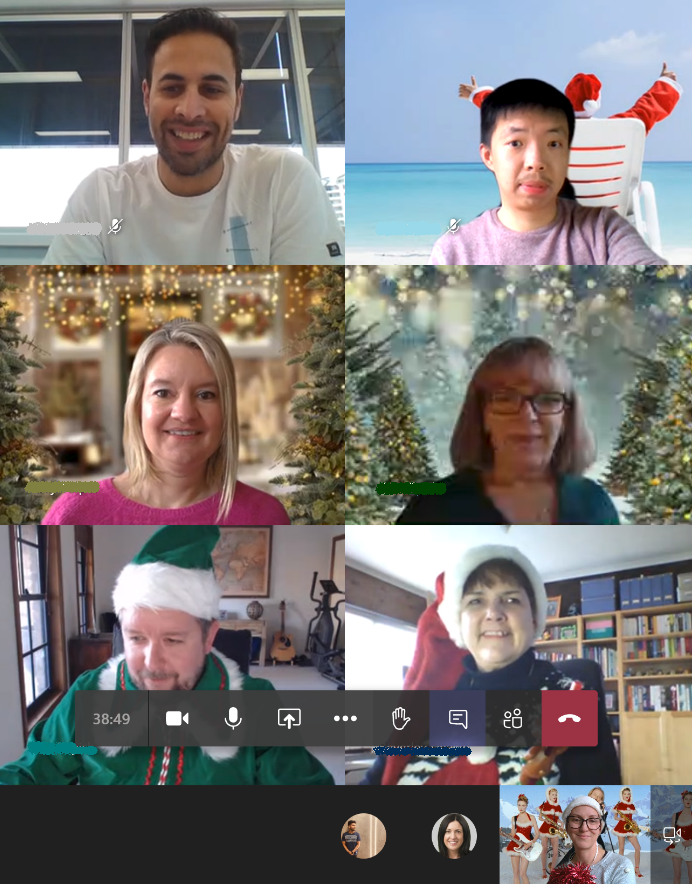 Just as Australia started to come out of Stage 3 lockdown and plans were being made to return to the various offices, Victoria started to see an increase in COVID-19 cases and returned to Stage 3 (and subsequently Stage 4) lockdown. Watching on as friends and colleagues interstate and overseas started to venture out into the so-called “COVID-normal life”, our Melbourne team decided to come up with innovative ways to stay connected and support one another.

We hold regular “Virtual Happy Hours”, one was themed as “Christmas in July” for the first week back in lockdown, followed by a trivia session like no other! Divided into three teams the first mission was to dress up in as many items from around your home as you could in your team colours! Following this, a round of the Amazing Race saw people running frantically around their homes to find obscure objects like a CD of an Australian artist (successful!) and an egg yolk in a glass (unsuccessful!). A movie round and Family Fortunes followed, and much hilarity was had by all the team.

Prior to COVID-19, we had submitted a client proposal that involved over ten stakeholder workshops as part of a current state assessment exercise. With face-to-face sessions no longer being an option, we held three-hour virtual workshops via Teams with the Alcidion team across three states and the health service stakeholders from their home and various sites. We reduced the length of the workshops to aid engagement and to ensure complete information was gathered, we released a pre-workshop survey that was subsequently reviewed and refined during the sessions.

These types of workshops have always been held face-to-face in the past, so this online and remote setting was an entirely new experience for the health service. However, it was overwhelming a success and everyone was able to collaborate and work effectively with the various tools on Teams. 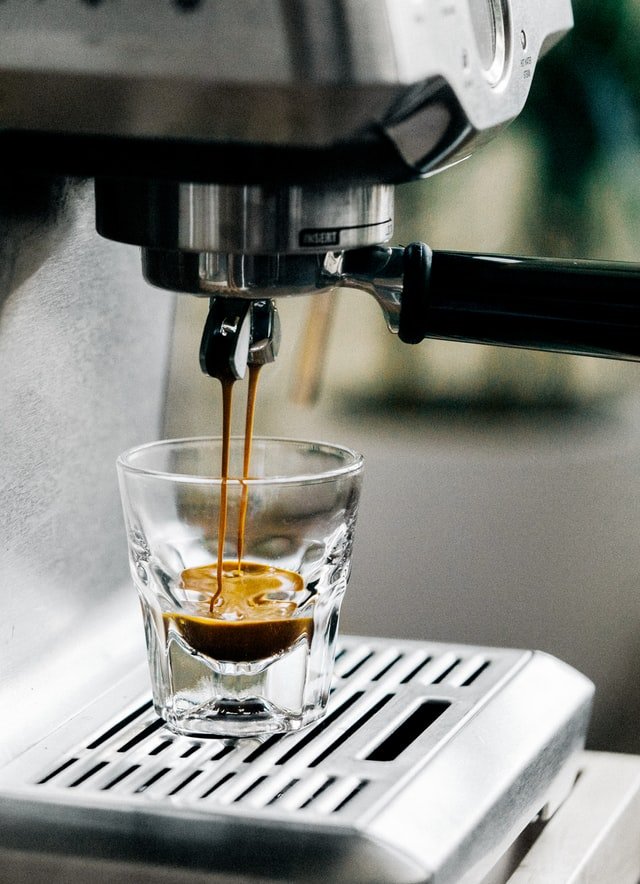 In late March the NZ Government instituted one of the world’s strictest lockdown policies across the entire country.  Our Auckland office had already implemented our own informal self-quarantine policy as early as January, due to some staff returning home from China (which was subsequently sanctioned as company policy a couple of months later). Due to these returning colleagues, we were more aware of the developing COVID-19 situation and many of us chose to work from home as general practice weeks before the official lockdown was announced.

As we’ve always had the capability to work outside the office, with many team members doing so on a regular basis, the move to work from home was pretty straightforward. For those of us who elected to continue in the office until the official lockdown was announced by the NZ Government, the most noticeable change was how empty the office suddenly became as people took extra monitors and other equipment, even office chairs to better equip themselves for what was generally anticipated to be a lengthy duration in their respective home-office spaces. One of the more notable comments during this time was just how much the office coffee machine was missed!

For many of us, the transition to working from home felt strange at first. But it quickly became the new normal. Our daily morning calls kept everyone up-to-date on the situation and connected from their homes. Our working hours became noticeably more varied but our virtual happy hours on Fridays also became a much-needed hangout for many. We added a little fun by doing themed drinks, telling jokes and doing cheers to little wins during the week.

Despite the social distancing, lockdown didn’t feel so isolating, which was an interesting observation and experience for us. Or maybe it’s just that as a team of software developers, as we are in the Auckland office, we often have our heads down in our work anyway, so the new normal wasn’t so very different.

Life during COVID-19 has been a mix between “this is ok” and “wow this is different”. Being together as a team at Digital Health Rewired in London in March almost feels like a lifetime ago and remembering what it was like to see so many people in one place is now quite astounding.

During the lockdown, our UK team embraced the new challenges and adapted to the virtual world we were thrown into. MS Teams became the norm for meetings, casual catch-ups and onboarding new staff from their homes. We also came up with fun ways to bring people together, through weekly pub quizzes and competitions like our Easter Bonnets, just to name a few.

We also said, “thank you” and “goodbye” to our UK General Manager Donald Kennedy. Despite not being able to get together in-person, we refused to let this prevent us from giving him a good send off. We all took part in The Hacker, a virtual escape room experience, followed by virtual drinks and a touching virtual speech to show our appreciation.

Initially, we were concerned about delivering customer demos with people with people in nine different locations across the world. But we were able to pivot to the online format seamlessly, which shows the strength of our products, confidence in our people and ability to deliver on our values as a company.

Just recently, a member of our implementation team completed their first site visit to our customers at Dartford (pictured below). With all the extra measures now in place, along with social distancing, it was a slightly surreal experience, but everyone enjoyed being able to interact and engage in-person. The entire Dartford implementation team were on-site, so they celebrated a return to semi-normality with a team photo.